Well cooler weather has come and brought some rainy days, but we are still mostly in the 50-60’s so it isn’t too bad. Can’t believe the year is almost over, it has gone so fast! This month we have been able to visit the Tower of London with the 888,000 ceramic poppies in remembrance of those fallen British soldiers.

We were able to go to Westminster Abbey with some of the other senior missionary couples. We toured the Abbey and then had lunch at the nearby Methodist Church cafeteria.

Westminster Abbey was opened in 1090 as the Collegiate Church of St Peter at Westminster, and became a Cathedral in the mid 1500’s. It was built mainly in the Gothic architectural style. It is a fully functioning Cathedral of the Church of England, located in Westminster, London. It is one of the most notable religious buildings in the United Kingdom and has been the traditional place of coronation and burial for English and, later, British monarchs. Besides numerous Kings and Queens having been buried there, there are many famous people buried there also. We saw tombs or plaques for Dr Livingstone (I presume), Charles Darwin, Charles Dickens, Sir Isaac Newton, The Unknown Soldier, Geoffrey Chaucer, Rudyard Kipling, Robert Browning and so many more. Since 1100, there have been at least 16 royal weddings at the Abbey. Two were of reigning monarchs (Henry I and Richard II), although before 1919 there had been none for some 500 years. Most recently married there were Princess Elizabeth who became Queen Elizabeth II, and her sister Princess Margaret, the Queen’s daughter, Princess Anne, Prince Andrew Duke of York, and on 29 April 2011 Prince William married Miss Catherine Middleton in Westminster Abbey.

The Abbey is quite large and has many smaller chapels inside it. One is the Lady Chapel, which has the most amazing “pendant fan” ceiling! Several monarchs are buried in this chapel. 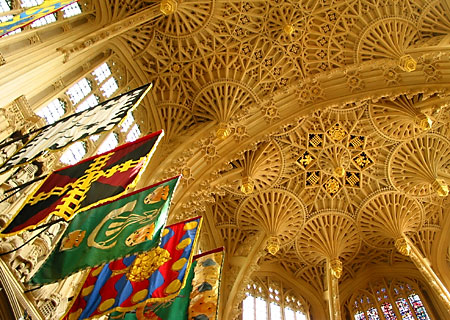 We also had the opening social to begin the new Institute year. We are studying the Doctrine and Covenants this year. The manuals are very old so we are having to update them with current quotes, videos, etc. But it makes great study time for us! Here are some of our Young Single Adults trying to build the tallest people pyramid.